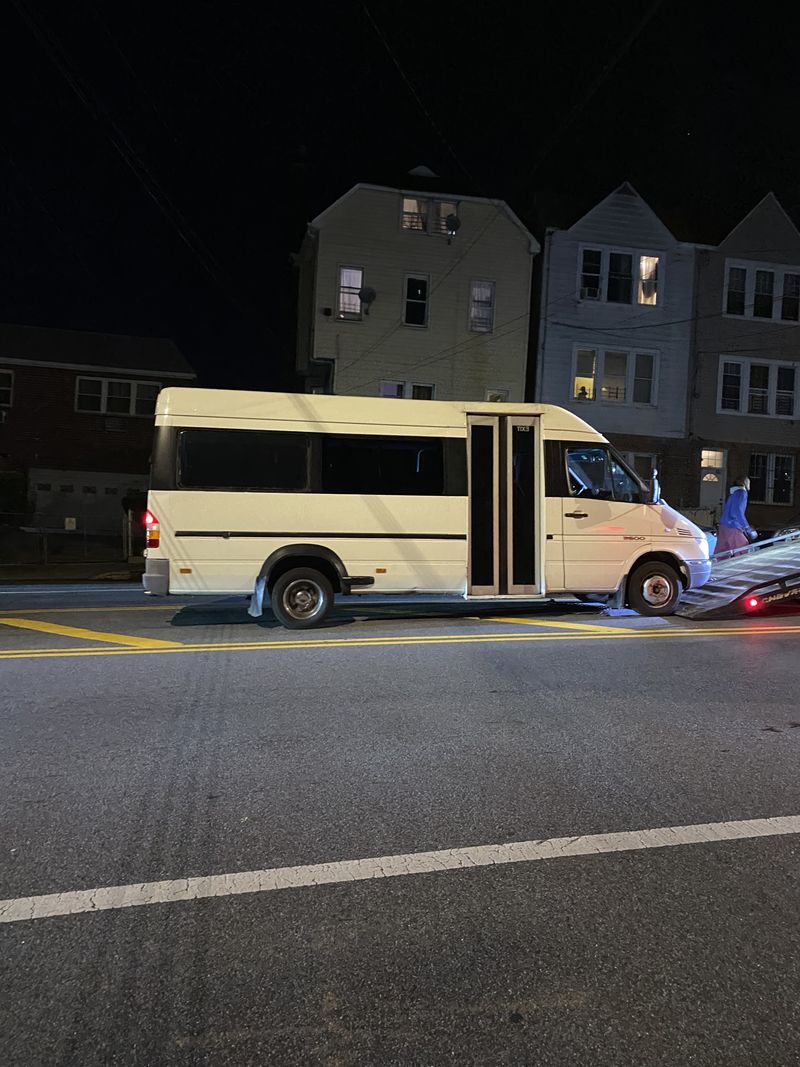 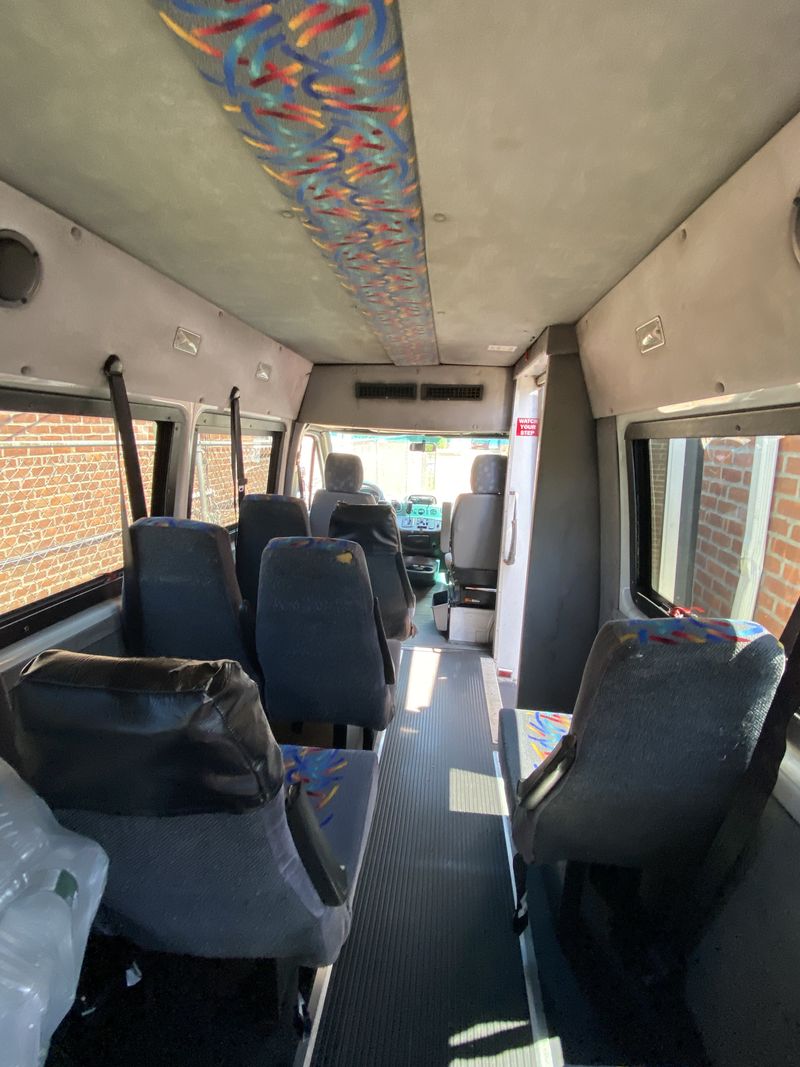 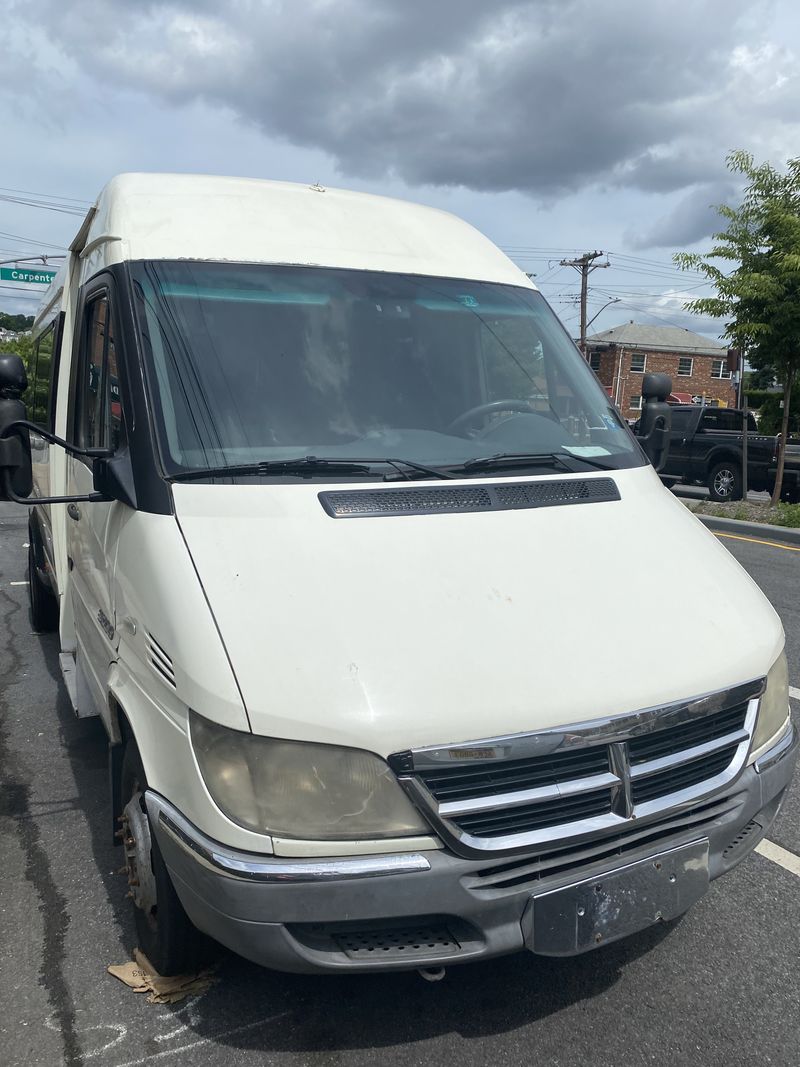 My Super honest description of this vehicle: This is a T1N 2005 Dodge 3500 sprinter van 15 passenger, Super high roof, 158in Wheelbase, with a 2.7L diesel engine and remote operated bus doors. This van is such a rare find because it came factory as a shuttle bus style sprinter van. Previous owner told me that the van gets 34 miles per gallon, as it is a diesel engine and the fuel lasts longer than gasoline. The previous owner replaced a fan under the hood and replace the battery with a new one, spent a lot of money fixing up this van under the hood. I need it gone ASAP since it’s currently more expensive for me (personally) to own than it is for me to sell it. I will not be able to hold it indefinitely since I have it listed on Facebook Marketplace and Offer Up as well for the same price. Serious inquiries only please. T1N sprinter vans are also known as 1,000,000 mile engines because if they are properly taken care of they can last up to or past 1,000,000 miles. This van currently has 292,603 miles on the odometer, still has plenty of life left in it as it was previously owned by a school bus driver. Including myself, the van has had two previous owners . The van will come with an extra runner for the center hallway. The bus doors on the sprinter van are operated using a switch on the control panel on the front console.    The van has two emergency windows on either side of the vehicle in the center, and the back doors open and close well. The engine runs very smoothly with no hiccups. The car battery died recently and needs to be replaced, and the latch to open the hood of the car is stuck at the moment. It will also need to be replaced. The car is also in need of some extra glow plugs. The sensors on the dashboard may also need to be replaced so the warning/malfunction lights don’t turn on for no reason.   There is some rust damage around the car but the rusting is fairly small in comparison to the great condition the rest of the car is in. There is rust on the door hinges of the back doors, on the bottom of the back doors, on the top of the bus doors, and a little on the bottom of the van itself. That’s it for damages. All the rust is on the exterior, nothing that isn’t an easy fix. The lights on the interior of the van function, the seats are in good condition, and the original car manual is included . The dimensions of the van on the inside after the bus doors is 14‘ L x 6‘  W and from floor to ceiling standing is 6 feet tall. this is a very big, very comfortable van. I bought it for van life with plans to convert it into a livable camper van, but I am unable to keep it at the moment, so I’m selling it.    I recently bought this van before I got my license, and it doesn’t have license plates on it because the vehicle is not insured or registered yet. I’m not looking to get more than I paid for this van, as it has some faults. The buyer will be responsible for shipping if purchased outside of New York State. If purchased in New York State, I am more than happy to pay half and half or fully for a tow truck since the car battery isn’t functioning at the moment. If you have any other questions about this van, feel free to message me and I will respond back to you right away .