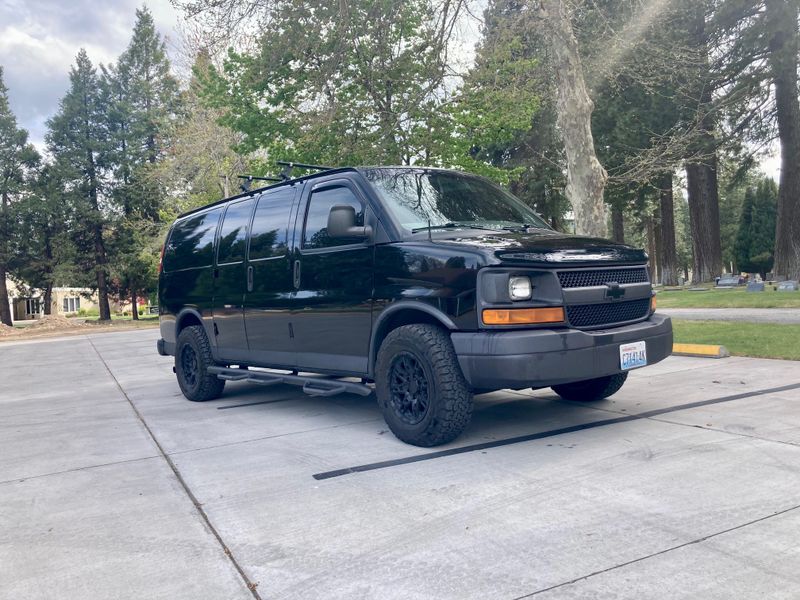 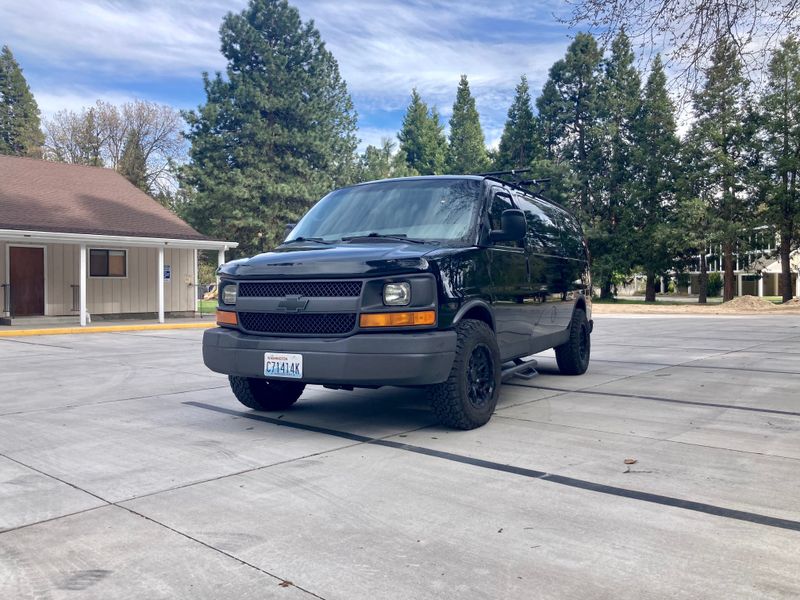 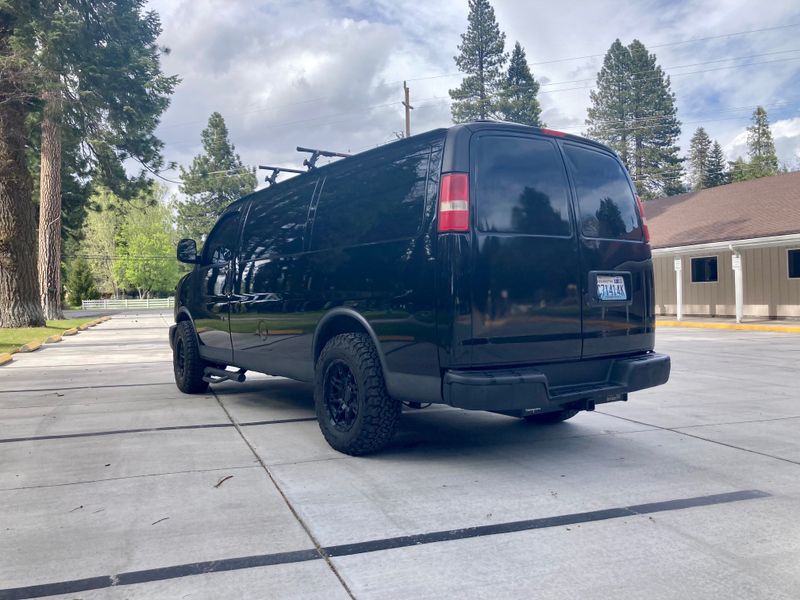 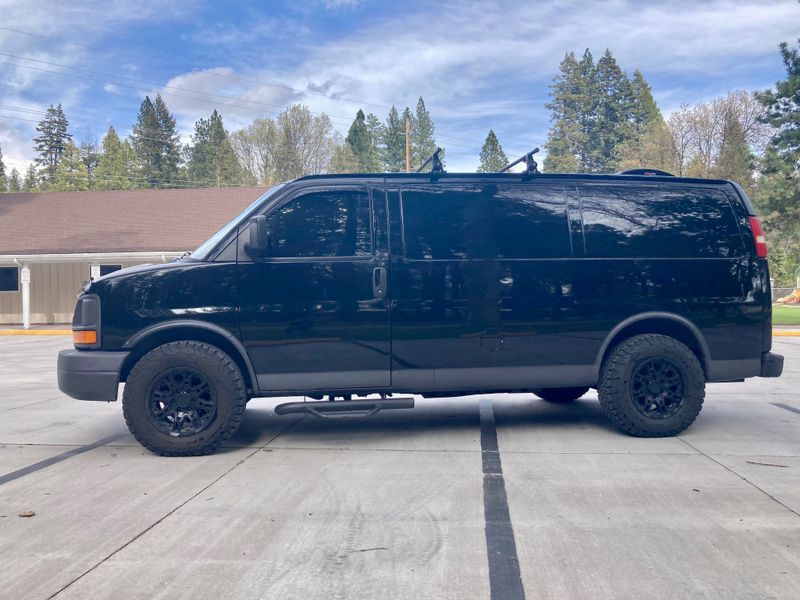 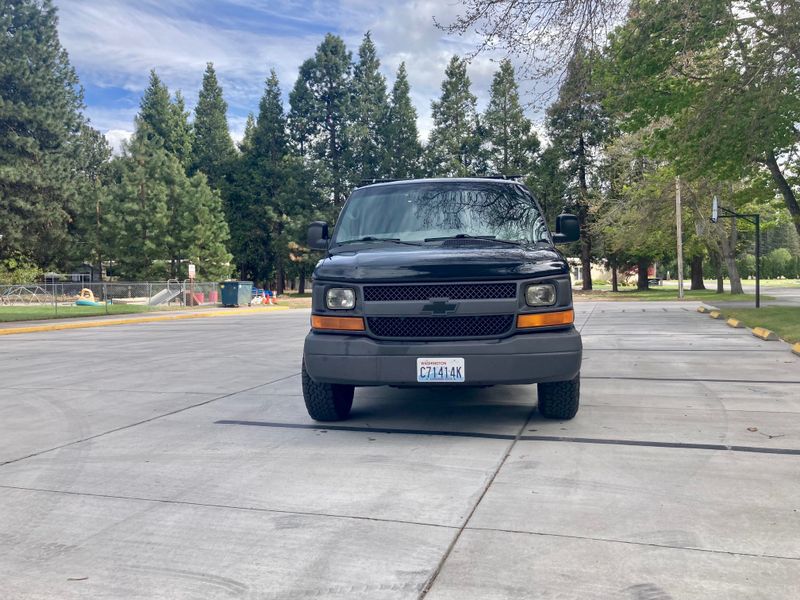 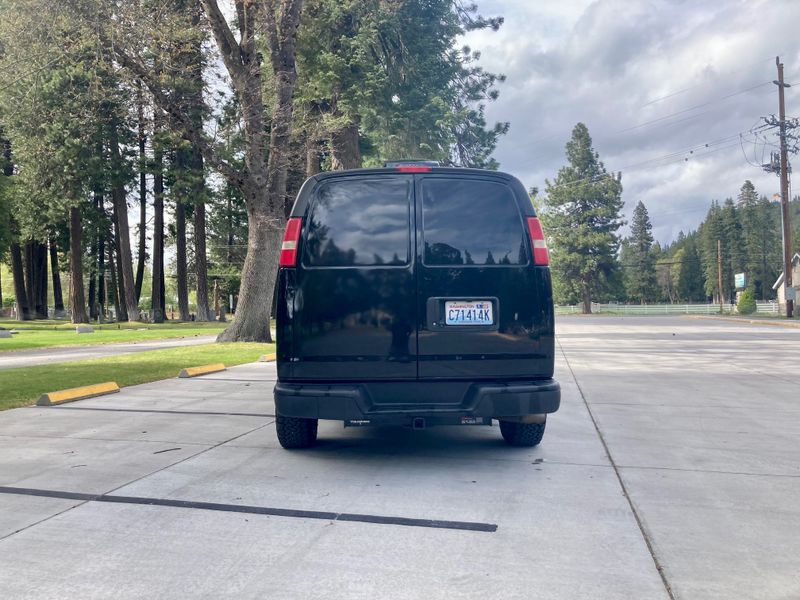 Chevrolet Express 1500 AWD conversion camper van. 5.3L V8. 106,989 miles. Background: I purchased the van in April of 2021 from a dealership in Beaverton, OR. The dealership had acquired several of them from a government auction. It was a GS van in some capacity until I owned it. The Federal Government was the original owner. It was regularly maintained and was never taken off road. I bought the van at just under 94,000 miles. My intent was to turn it into a camper to use in my seasonal work life. Then I got a permanent job. So, that’s why I’m selling it. I have another car, and I am not using this van. I finished the build recently. I’ve hardly used it for camping. It’s in very good condition and VERY clean. The major components of the build are done. There is lots of room for customizing it to how you want it. It is wired and ready for solar panels. The battery charges off of the alternator and running the lights and fan barely puts a dent in the battery capacity. There are 12V outlets throughout the van to add appliances like coolers, heaters, etc. The Conversion: I had the major things done by a van conversion business in the Seattle area, including all of the electrical, the ceiling fan (MaxxAir 00-06200k), finished ceiling, and finished walls. I did the rest. It is a professional grade build with quality material. All of the lumber is premium and was purchased at Crosscut lumber in Portland, OR. The van was a bare shelled cargo van when I bought it. The first layer was Kilmat sound proofing throughout the interior. Then came 3M SM 600L Thinsulate insulation on top of that, and then Reflectix thermal insulation over that. The interior wood is all premium 1/4” baltic birch plywood. The ceiling is similar except it has foam board insulation. The floor has two layers of microcell insulation and premium apple 3/8” plywood and Husky Coin Mat as the finish floor. It is very durable. There is trim and threshold with silicone around the seams for water tightness. There’s a captains swivel seat for the passenger seat, and there is an aftermarket stereo that is bluetooth compatible. Puck lights in the ceiling with dimmer switches in the front and rear, and a reading light on passenger side and near the bed. The bed is aluminum and measures 43” wide by 76” long (in between full and twin). It sleeps two fairly comfortably. The mattress is memory foam and is included. There is a large pullout drawer under the bed for storage. It’s mounted to 500lbs heavy duty drawer sliders that are bolted through the floor to the underside of the van. Electrical: There is a SOK 206 amp hour battery ($1,029) in the rear of the van that runs the lights and 10 speed ceiling fan. The battery has an internal heating element to keep the battery above freezing to maintain charging ability. There is a charge controller mounted behind the drivers seat along with several 12V outlets. It is wired and ready to add solar panels to the roof if desired. Just plug and go. As it is you could run the fan and lights for days or weeks on a full charge before the battery needs charging. Exterior: Aftermarket 17” wheels and oversized BF Goodrich AT tires that have about 10,000 miles on them and are in great shape. I also had them siped. I’ve only driven the van in snow a few times but it is super solid with the AWD and tires. I also added a 10K lbs hitch receiver in the back and Weather Tech bug deflector and window gutters. I had the front windows tinted as well. The bumpers and undersides of van are all Rhinolined. Custom running boards. The roof has rain gutters down the length and would accommodate a variety of rack systems. There are also a lot of cool aftermarket bumpers, suspension kits, and other off-road additions for this model of van. It’s a great off-road camper. It’s pretty much a brand new conversion ready for the finishing customization and some adventure. It’ll get you places and it stands out from the white Sprinter crowd. I put a lot of money and time into this van and it is in great condition with relatively low miles. I’d like to get close to breaking even, so only REASONABLE offers will be considered. No trades. Thanks.