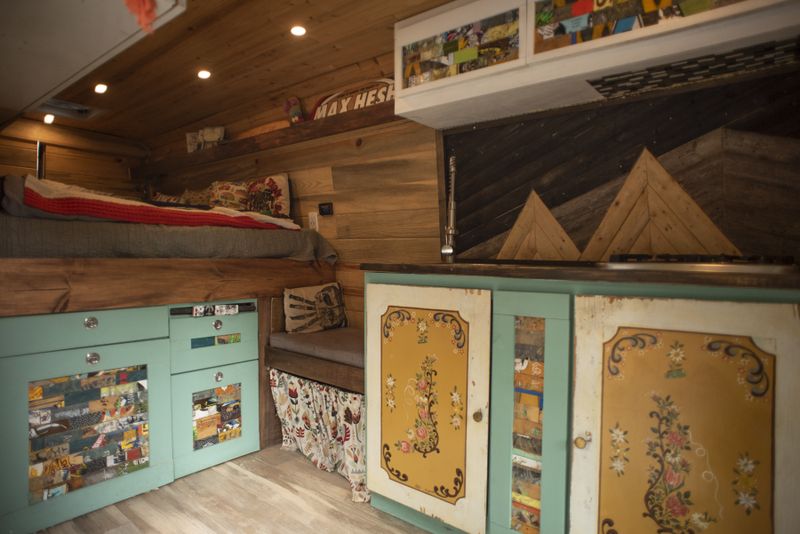 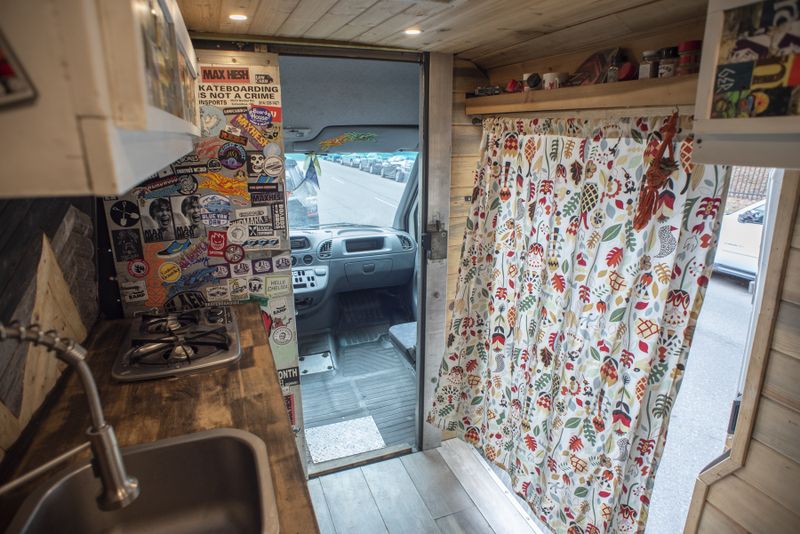 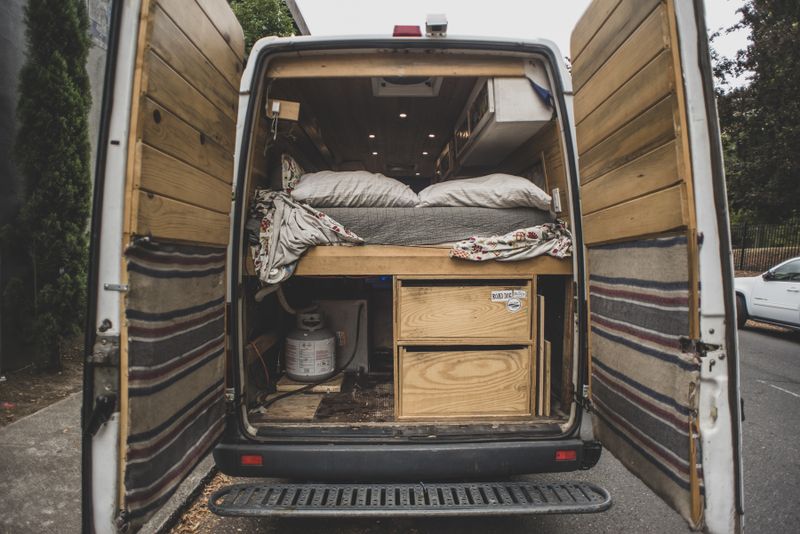 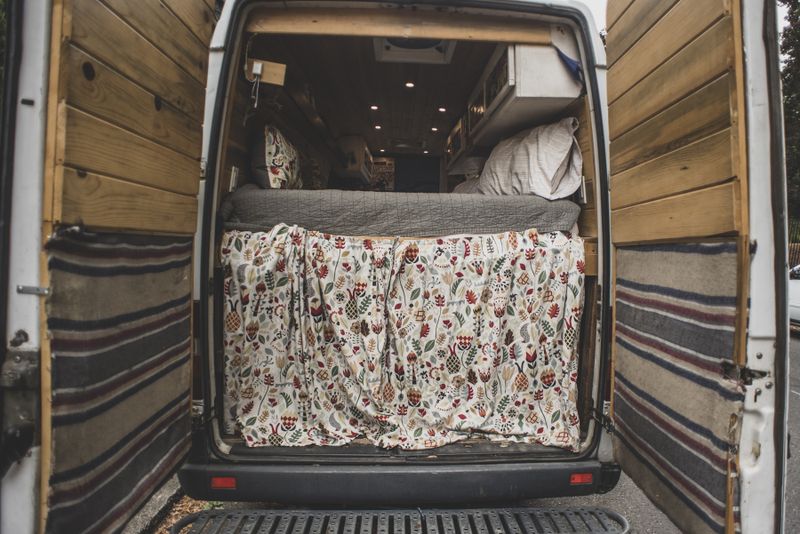 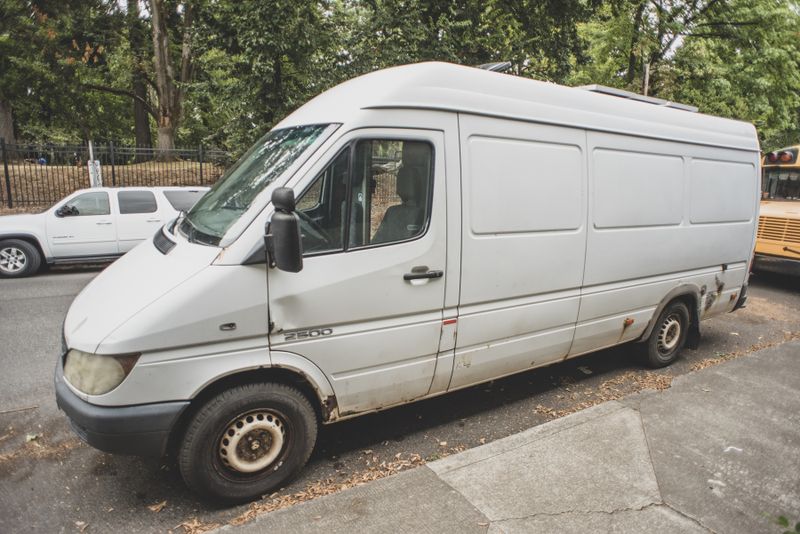 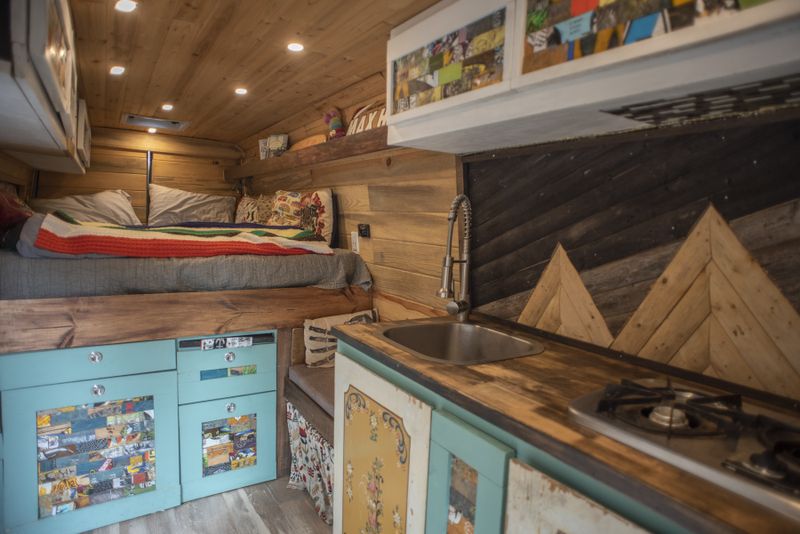 Listed a year ago
Portland, Oregon

VanLife Turnkey! 2005 Dodge Sprinter 2500 Fully Converted and Ready to go! ****Update***** I just brought Lou-Lou to a Sprinter specialist mechanic for a glow plug error code and had them replace glow plugs plus the glow plug module. While there I asked about the used engine and condition. The mechanic was impressed how string the engine was and said it was very clean. He believes by looking at it and replacing the glow plugs that this engine has under 200k miles on it. Between 150k-200k. I’m selling Lou-Lou my 2005 Dodge 2500 Diesel Sprinter Van that just got a replacement engine 100 miles ago! She’s running stronger than ever. I’m actually sad to see her go after the install but it’s time to start a new chapter. If you know these sprinters then you’re aware that the T1N is the #1 sought after Sprinter on the market, owners love them. As myself, I love this van. The gas mileage itself out performs the newest Promasters. I’ve gotten up to 28 MPG and average around 25MPG. She’s a unique build out for sure. I’ve been told she’s one of the favorites by many people that have stepped inside. She comes with the following: 4- 100AH AGM Deep Cycle Batteries (how old are they?) Renogy 40amp MPPT Charge Controller Bluetooth adapter for Charger Controller to monitor battery on phone 30AMP converter 2000Watt Inverter Battery Isolator to charge house batteries while driving 3 100Watt Solar panels 65Qt 12 volt refrigerator Led lights with dimmers 26 gallon fresh water tank Self priming water pump Kitchen faucet 2 Burner stove 15 Pound Propane tank Queen size mattress Locking pocket door between cab and house 4 110 outlets with dual USB ports Diesel heater with thermostat (SO GOOD on those chilly mornings) 2 Fantastic Fans Back window with screen $19,000